Devon's role in the suffrage movement of 100 years ago

This illustration by Clare Willcocks shows an open-air rally in Exeter by the NUWSS during a 1913 pilgrimage to London. Based on a photograph from the Mary Evans Collection, with permission.

A century after the Representation of the People Act was passed, author Tracey Glasspool reveals how the campaign for women's suffrage had been bitterly contested in Devon

On 6 February 1918, suffrage supporters celebrated partial success in the long battle for votes for women. The Representation of the People Act enfranchised women over 30 who met certain qualifications, following decades of peaceful marches, militant protests, arrests, violence and death.

The suffrage campaign had touched every corner of the country and was divided into two camps: Millicent Fawcett’s Suffragists of the National Union of Women’s Suffrage Societies (NUWSS) and the militant Suffragettes of Emmeline Pankhurst’s Women’s Social and Political Union (WSPU). Active branches of both groups formed throughout Devon.

In January 1908, a by-election was held in the Mid-Devon constituency which included the towns of Newton Abbot, Bovey Tracey, Teignmouth, and Dawlish. The seat was considered a safe Liberal stronghold but, to the shock of all, the Liberal candidate, Mr Buxton, was defeated by 559 votes.

Some blamed the suffragettes. After the consistent failure of the Liberal government to introduce the franchise for women, the WSPU robustly opposed all Liberal candidates.

After the declaration, violence erupted. Emmeline Pankhurst and another WSPU member were trapped inside a confectioners shop in Newton Abbot. She later wrote of a gang of men wearing Liberal rosettes shouting: “They did it! Those women did it!” Cornered, the women were beaten to the ground before being rescued by police.

In 1909 three suffragettes, including prominent WSPU member, Elsie Howey, were arrested in Exeter. Hoping to disrupt a Liberal meeting being held at the Rougemont Hotel and urged on by a large crowd, they made several attempts to break through barriers.

Found guilty at trial, they were given the choice of a seven-day prison sentence or a fine. All chose prison and went on hunger strike – WSPU policy for maximum publicity. One of the women was released after four days in a state of near collapse.

In 1911, suffrage societies called for a boycott of the national census, declaring that “women do not count, neither shall we be counted”. 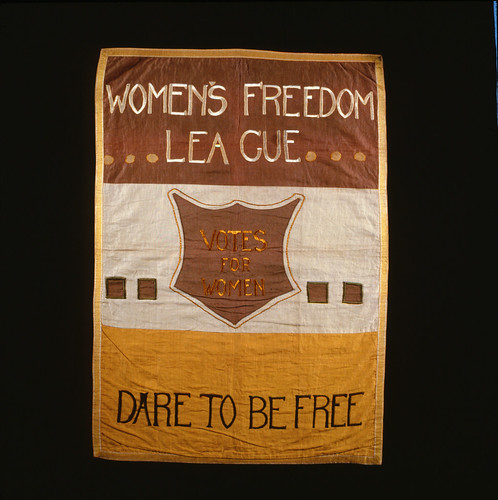 Dr Mabel Ramsay, a founder member of Plymouth NUWSS, held a census resistance party at her home in Wentworth Villas. Twenty women slept in chairs or on the floor and refused to complete the return. The census page from the National Archives records only the names of Dr Ramsay and her mother.

Three servants are listed as “names unknown” and written across the page is simply the word: “Suffragettes”.

Dr Ramsay and her mother were also involved in the NUWSS march of 1913. Groups of supporters from all over the country marched for days to meet in London’s Hyde Park on 26 June for a rally attended by over 50,000 women.

This peaceful “pilgrimage” was planned not only to show the depth of support for the suffrage campaign but to contrast with the increasingly violent activities of the WSPU. The south-west pilgrims started at Land’s End, collecting women en-route. Dr Ramsay’s mother joined them in Plymouth and completed the march, delivering the message: “Women of the south-west demand votes for women.” 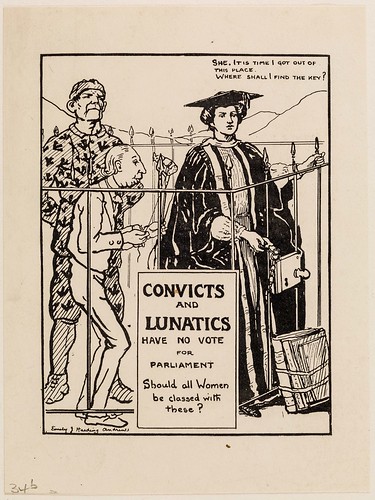 There was further activity in Plymouth in 1913 with the arrest of Emmeline Pankhurst. Released under the so-called Cat and Mouse Act after a hunger strike, she had travelled to the USA for a fundraising tour. On her return her liner was to dock at Plymouth where it was believed she would be re-arrested.

Her bodyguard, a group of women trained in jiu-jitsu and carrying wooden clubs hidden in their skirts, were in attendance with the purpose of preventing her arrest.

However, anticipating trouble, the Chief Constable had arranged for the liner to anchor in the outer harbour where he would meet it on a police tender. As the liner anchored, a fisherman’s dory dashed across its bows. Two women stood up to shout “the cats are here, Mrs Pankhurst...”

Following her arrest, she was taken to Exeter Prison where she went on immediate hunger strike. In Plymouth, a timber yard in Richmond Walk was set alight, with over an acre of timber and part of a pleasure fair destroyed. A copy of The Suffragette was found at the scene and two postcards which read: “Our reply to the torture of Mrs Pankhurst and her cowardly arrest here.” 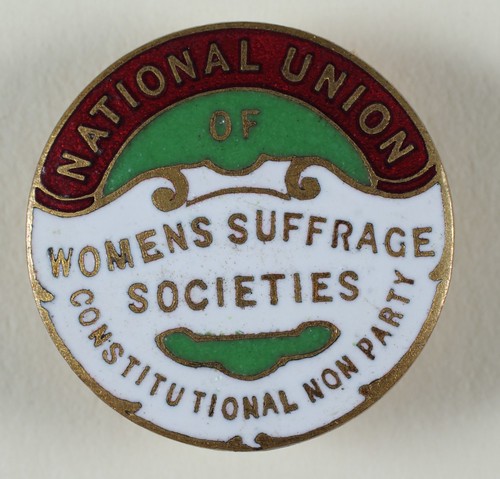 So the suffrage campaign was alive and well in Devon. Although it is often claimed that the passing of the 1918 Act was a reward for women’s work during the First World War, there is no doubt that suffragists and suffragettes alike kept the subject of votes for women continually debated, discussed and in the public eye. Equal franchise with men was finally achieved in 1928.

The Anti-Suffrage League formed in 1908 with branches across the country including Devon. Members (including many women) stressed that physical and mental differences between men and women had to be acknowledged and the interests of women would continue to be fully provided by their male companions. 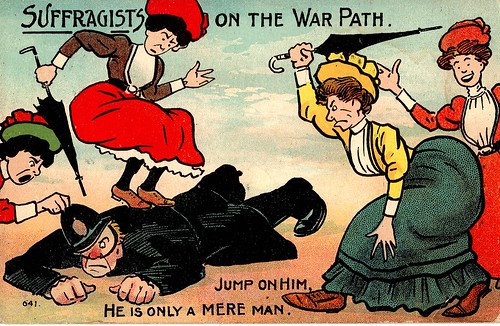 In the League’s view, the franchise would weaken the power of the State and give women an inappropriate voice in matters such as the military which were not their proper concern. A range of anti-suffrage postcards were produced which showed neglected husbands and children, the consequences of women having the vote, or depicted suffragettes as husbandless harridans.

Tracey Glasspool’s book Struggle and Suffrage in Plymouth: Women’s Lives and the Fight for Equality will be published by Pen and Sword later this year.

Exciting times ahead for Totnes based Aesthetic Clinic

12 reasons you should spend Valentine’s Day in Devon