With the help of Google Street View we’ve charted some of the stunning sights you’d see if you walked the 125-mile coastal stretch from Britain’s Ocean City to the far side of East Devon. We’ve also suggested a walk you can do at each point

This very easy one-mile stroll not only gives you stunning views out over Firestone Bay from Devil’s Point, it also takes you slightly inland towards the Royal William Yard where you can do a bit of shopping and have a bite to eat.

Mount Batten Tower used to be an important defensive fortification as Plymouth developed as a settlement but today it is now a great spot from where to get a great view back towards the Hoe. The nine-mile Waterfront Walkway is a great route to follow to visit the tower and many other pretty coastal viewpoints. 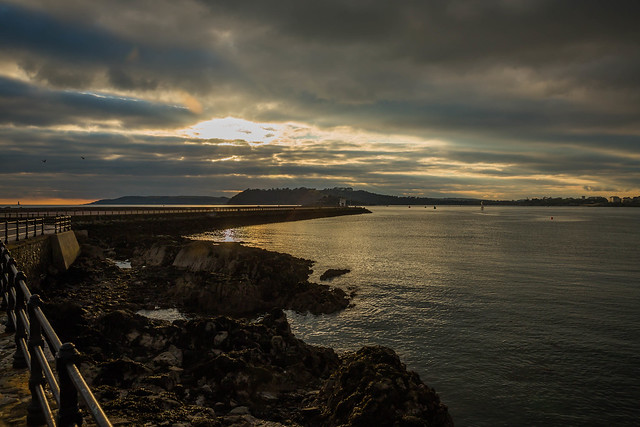 Bovisand is home to one of Devon’s prettiest beaches and is easily accessible from the relatively hectic nature of Plymouth. This six-mile walk can take you all the way back up to Mount Batten if you wish but will also pass the viewpoint at Fort Bovisand. 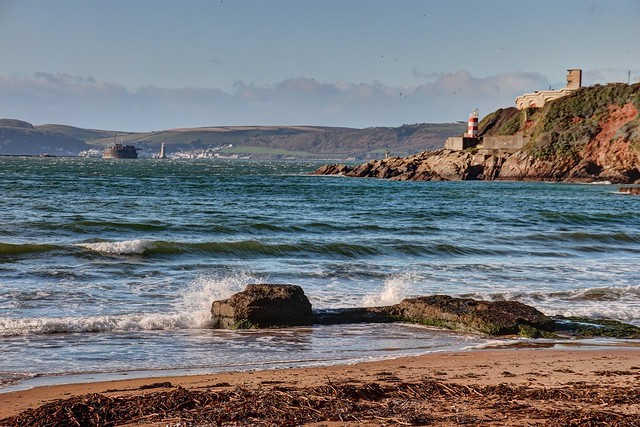 After enjoying the view at Mothecombe Beach you could cross over the mouth of the River Erme to take on this challenging six-mile walk that also heads inland to Kingston.

Looking at Burgh Island from Bigbury Beach is a sight that everyone from Devon surely has to have on their county bucket list. Doing this gentle one-mile walk is a great way to explore the island - just mind your timings so you’re not caught out by the tide!

As you stand on the Bolt Tail headland looking back towards Hope Cove and its many rocky outcrops, you can easily see why so many ships were wrecked while daring these waters. That view is one highlight of this five-mile walk which also takes you to Bolberry Down.

As hard as it may be to believe, this gorgeous coastal scene is indeed in Devon, not some glorious Carribean resort. This is East Portlemouth to be specific, your starting point for this four-mile walk that explores the western shoreline of Salcombe Harbour.

Start Point Lighthouse looking out to sea is undoubtedly one of our county’s most iconic views and one that has been photographed time and again by awestruck visitors. This moderate two-mile walk not only gives you the chance to see that view but also goes down to the pretty cove at Mattiscombe Sands.

Although the public aren’t able to access the deserted fishing village that was gradually abandoned throughout the 20th century, you can still see its remains from a viewing platform near this 3.5-mile route that runs all the way to Beesands. 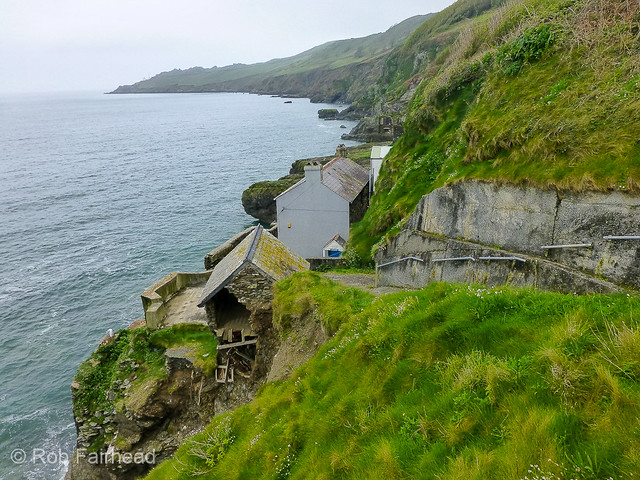 With Slapton Ley - the South West’s largest natural lake - on one side of the A379 and the sea on the other, the area surrounding Torcross is one of the more unusual spots you’ll encounter within Devon. 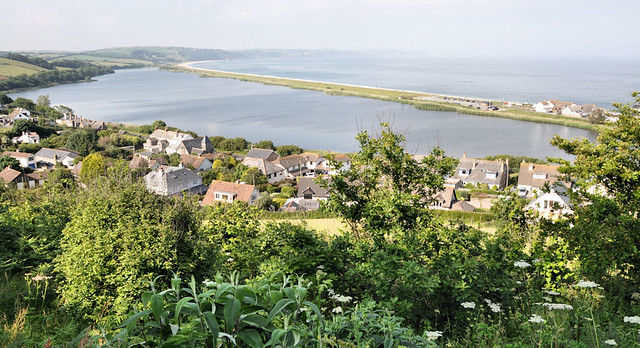 After taking this three-mile walk inland towards Strete and the rolling countryside near Blackpool Sands, drop down onto the sheltered beach to find gorgeous turquoise waters gently rolling up onto the shingle.

In the lead up to Dartmouth there are a number of different coves, each of which are hiding a secret or two waiting for you to discover. This five-mile walk will take you to many of those coves where you can find scenes like this.

Looking like something you might well see on Game of Thrones, Dartmouth Castle has protected the entry to the Dart Estuary for around 600 years. Once you’ve had a look around the fortifications drop down below the foot of the castle to find a pretty cove which is perfect for a dip in the summer months. While it’s certainly going to be difficult for any person to see the below view with their own eyes, it really does do justice to how beautiful these two riverside locations are. To see the best of Dartmouth, walk the 1.5-mile Town Trail.

Park up at the Brownstone National Trust car park and walk towards the coast to find the Brownstone Battery fortifications which were constructed during WWII. On the route you’ll pass The Daymark, a day beacon that was constructed to aid access into Dartmouth Harbour. 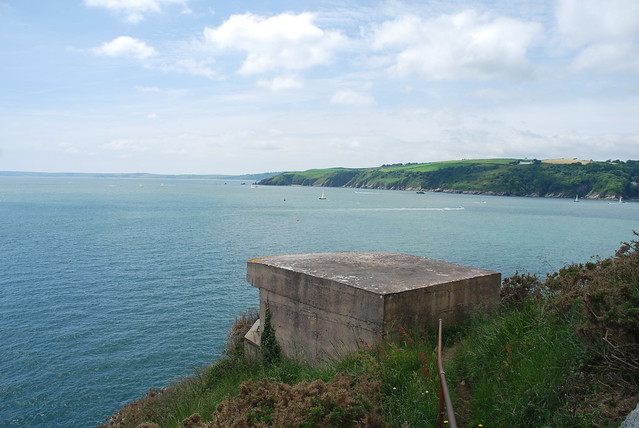 Right at the bottom of this popular National Trust location you’ll find this wild, secluded view. Although this special evening torchlit walk happened a couple of years ago, we’d definitely recommend following the route it lays out yourself.

Located on the outskirts of Brixham, Berry Head National Nature Reserve is a rich wildlife site that’s easily accessible for everyone, including those with wheelchairs or pushchairs. At the tip of the reserve you can visit Berry Head Lighthouse and the Guardhouse Cafe, both of which have views stretching all the way across to Paignton and Torquay. 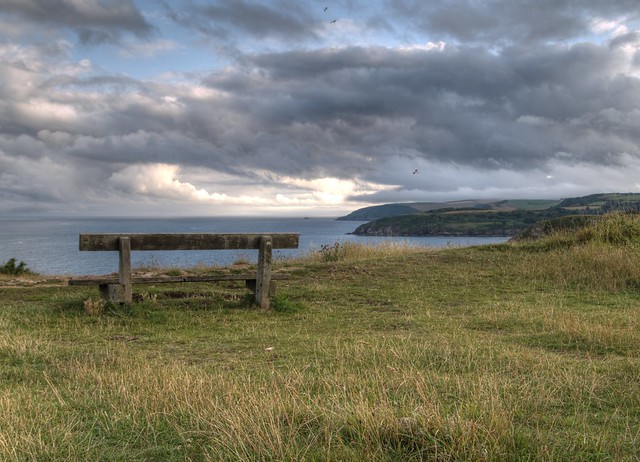 This three-mile walk takes you to many of the sites that are related to Agatha Christie and will include the view you see below of The English Riviera Wheel. Head a little further out of town to find popular Peaked Tor Cove and a stretch of the path that goes right along the cliff edge.

On your way out to Hope’s Nose stop at Thatcher Point to look out to the rock that was allegedly home to a mad monk who lived on a diet of fish and seagulls. Keep an eye out for the unusual plants that flourish around Hope’s Nose due to the proliferation of limestone in the area.

From up on the cliffs above or from down at sea level, Babbacombe Beach is one of the county’s most photogenic beaches. On this two-mile walk that also goes out to Oddicombe Beach, you’ll be immersed in the area’s tranquil atmosphere.

Take this three-mile walk to experience the best of the two locations sitting on either side of the Teign’s mouth. Spots you’ll visit include Teignmouth Promenade, Smuggler’s Tunnel and the Grand Pier.

Starting at Cockwood, this four-mile route follows the banks of the River Exe up to the Turf Hotel’s green spaces where you can look down the length of the river with a drink in hand.

Start from the traditional British esplanade in town and stroll out past The Maer to Orcombe Point where you can get a great look at the route you’ve just walked. Be sure to inspect the Geoneedle at Orcombe to see a breakdown of the different rocks that can be found along the coast. 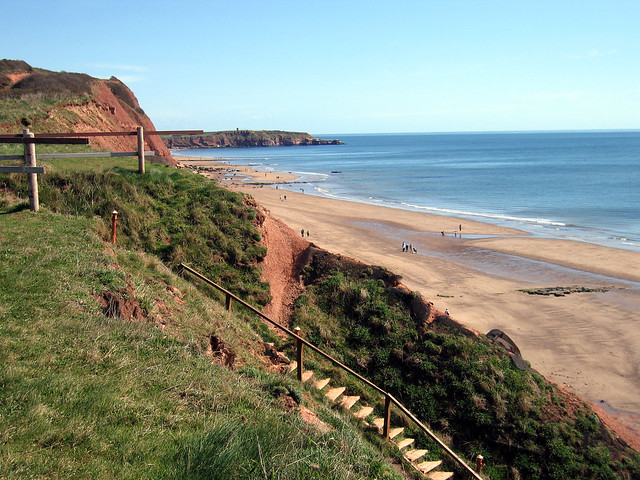 The far end of Budleigh’s shingle beach perhaps provides the most intrigue as the waters from the mouth of the River Otter wind their into the sea. This three-mile family-friendly walk takes you into the Otter Valley where a rich variety of animal species can be spotted. 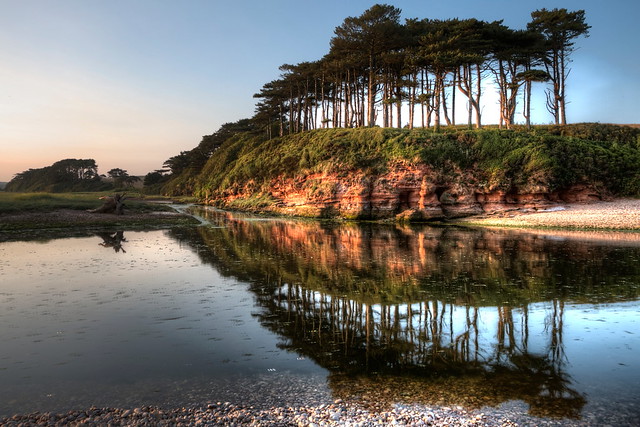 On a particularly bright day like the one pictured below this shingle beach and the red cliffs behind it combine to create a majestic seaside scene. This is a view that the pilot of a malfunctioning plane likely didn’t have time to enjoy when he performed an emergency landing here in May 2018.

Back in January 2007 the scene at Branscombe Beach would have been drastically different to the serenity you will experience today. After the 62,000 tonne vessel MSC Napoli ran aground in Lyme Bay, motorbikes, wine barrels, bibles and various other items washed up on the beach which attracted hundreds of visitors looking for a bit of free booty.

This four-mile walk begins up on the chalky cliffs above the beach and we’d recommend dropping down onto the shingle for a drink or a bite to eat at Ducky’s before continuing on around the coast to Hooken Cliffs.

And finally we reach the far end of the South West Coast Path in Devon. If you fancy walking to an entirely different county, this tricky walk will eventually take you all the way to Dorset and Lyme Regis. 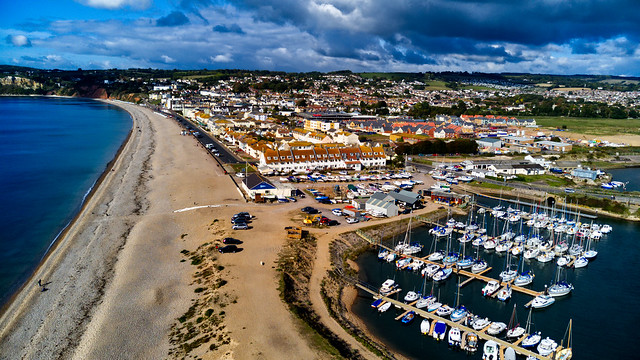