Devon has two dozen or so castles and these 10 – in descending order - are historian Steve Roberts’ favourites. He also runs down some of their stories and the nation-changing events they were involved in

Lydford's square 13th century tower is impressive, plonked atop its artificial mound with some statement of intent (it was a notorious prison). It sits within a bailey (courtyard). We're starting with classic Norman motte (mound) and bailey.

Lydford is believed built by Richard, 1st Earl of Cornwall (1209-72), Henry III's brother. The keep has three rooms on one floor, with two more above, one with fireplace. The church is adjacent, and Lydford Gorge nearby. 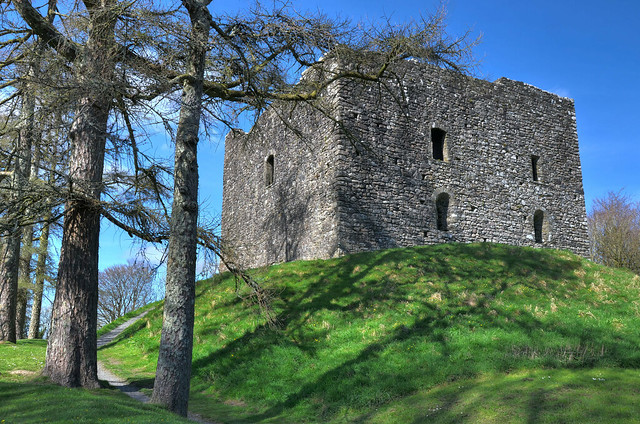 A fort on the Kingsbridge River, Fort Charles (or Salcombe Castle) is surrounded by water at high tide. Dating from the Tudors, the fort saw action during the English Civil War when Royalist Sir Edmund Fortescue led its defence, when it was besieged by a Parliamentarian force under Col Ralph Weldon.

The castle capitulated in May 1646. The castle's key is apparently still in the possession of Fortescue's descendants. 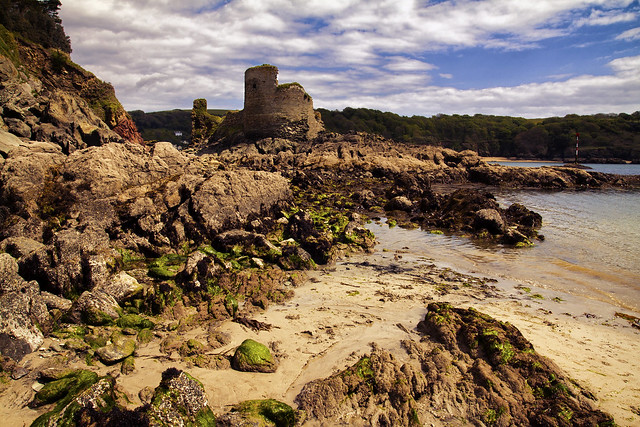 The Romans and Saxons both fortified Exeter before the Normans arrived with their trowels in 1068, constructing a large castle, much altered by King Stephen in 1138.

By Shakespeare's time the castle was known as 'Rougemont' (red stone), but much was lost in the late 18th century to make way for the County Court. A gate and walls remain, and a plaque tells us that the last people executed for witchcraft, in England, were tried here. 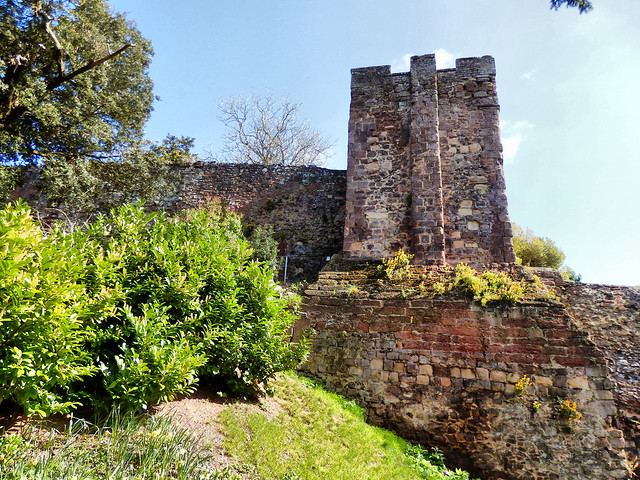 Some more great places to visit:

A shell keep sits atop the motte like a circlet. Totnes looks like a place of military significance yet wasn't. Built in the 11th century, Totnes passed to the Zouche family, who presided over an edifice that had a square tower in the keep and outer bailey for cattle.

The castle has been used as a prison, including during the Second World War. The structure is still in excellent condition, with the motte offering views over the Dart and the grounds perfect for picnics. 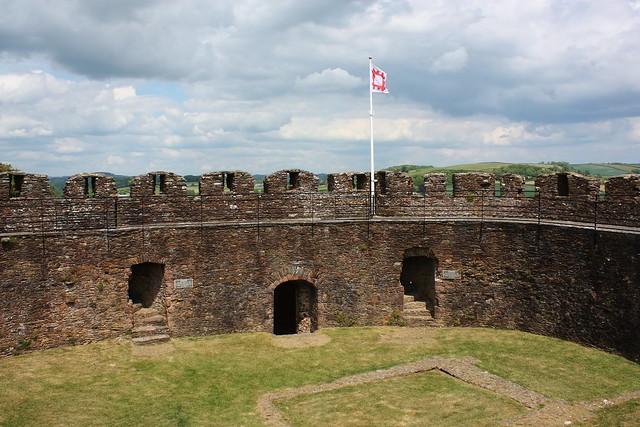 Next to St Peter's lie the remains of, historically, one of Devon's largest castles, which had several towers and a wide double-moat. It fell into decay during Tudor times, after its owner was executed by Henry VIII.

A Royalist garrison was outwitted during the English Civil War when a lucky shot broke the drawbridge chain, exposing the inner courtyard. The castle was converted from the 17th century into a private home.

A harbour fort, begun in Edward IV's reign, Dartmouth once had an innovative chain, stretching to Kingswear, to block the harbour. It also boasts the church of St Petrox, saw action in the English Civil War (the Royalists surrendered), and was still garrisoned as recently as the Second World War.

The battlements provide great views over Dartmouth, whilst the lower floor is where that chain was utilised. 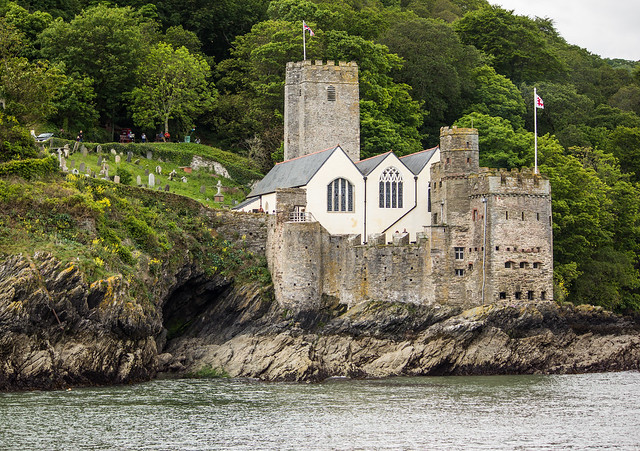 A rectangular keep on an artificial motte, the bastion became a fortress of the Courtenays, Earls of Devon, from Henry I's time.

The castle was lost twice during the Wars of the Roses, and, in 1539, Henry Courtenay was executed for treason, during Henry VIII's reign, with the castle, Devon's largest, reduced to a ruin. Overlooking the Okement, it's a fine place for picnics, wild flowers, birds (feathered) and ghosts (reputedly). 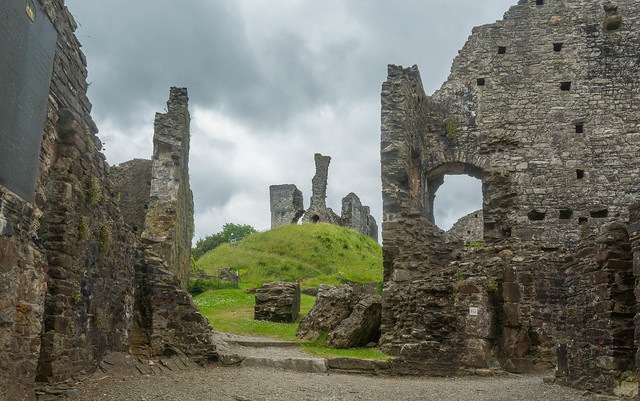 Another Courtenay residence, Powderham is to this day the seat of the Earls of Devon as well as being a visitor attraction, wedding venue and regular host of a variety of events. The English Civil War saw Powderham's Royalists hold out in 1645 but capitulate the following year.

Fortunately, the castle escaped being slighted perhaps due to Parliamentarian Sir William Waller being father-in-law to a Courtenay, enabling it to become a grand house from the 18th century. 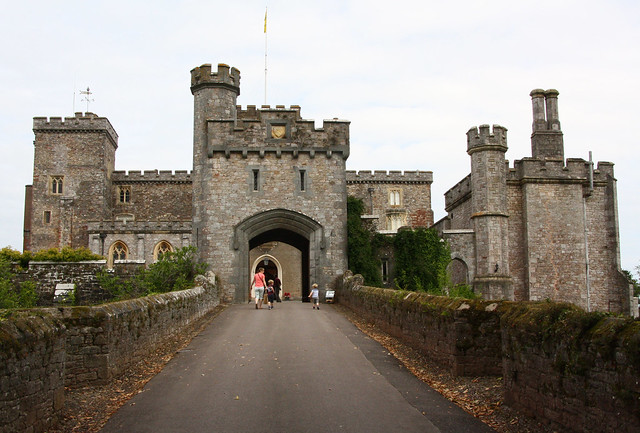 Built by Geoffrey Gilbert in 1329, Compton's fortified manor is one of few relatively unaltered medieval manors and remains the home of the Gilberts, whose most famous member was explorer Sir Humphrey.

The fact nearby Teignmouth was attacked by the French in the 15th century may explain the extensive fortifications (loopholes, portcullises and machicolations). There's a picnic orchard and you can stay in the Watchtower. 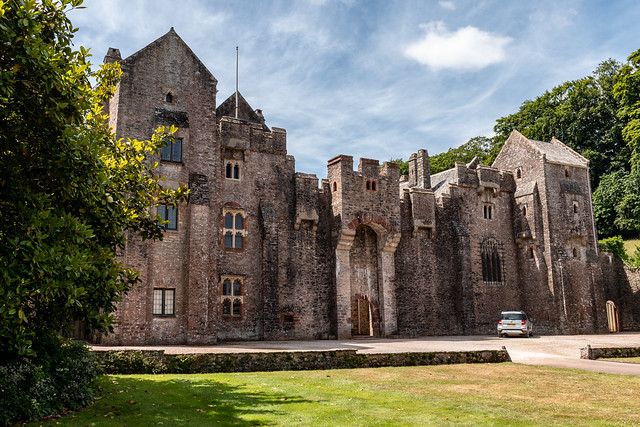 Hidden amidst a wood, Berry Pomeroy is named after the Pomeroys who accompanied the Conqueror. The family's hold on the castle ended in 1549 when Sir Thomas Pomeroy participated in an ill-fated rebellion.

The Seymours bought it next, Sir Edward building the Elizabethan house that fell victim to a lightning strike in 1688. Berry Pomeroy is also allegedly haunted. It's time to retire to the Castle Café (not English Heritage) for well-earned sustenance. 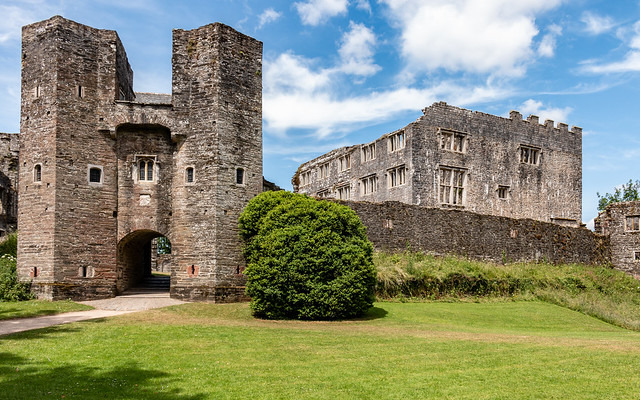