Devon’s iconic Burgh Island, famed for its art deco hotel and links to Agatha Christie, is being sold by owners Deborah Clark and Tony Orchard after almost 17 years.

Burgh Island owners Deborah Clark and Tony Orchard have announced that the 26-acre tidal island, off the South Devon coast at Bigbury, is being sold to “Project Archie”.

The buyers are described as a joint project for London-based private equity hospitality investors Bluehone Capital and Marechale Capital, together with major active investment from a family who own a UK real estate and serviced office operator and a small group of passionate individual investors.

Frequented by Agatha Christie, Noel Coward, Mountbatten, Edward VIII and Wallis Simpson, Burgh Island has always attracted literary, social and media stars. Access is via the unique Sea Tractor when the tide is in, or 4WD across the sands when out. 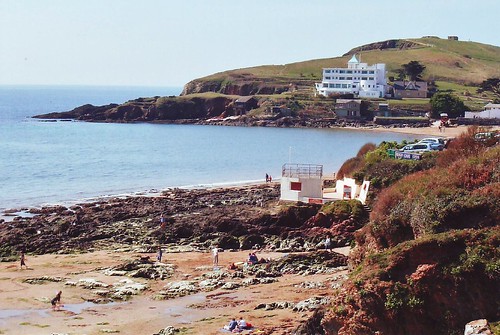 Romantics Deborah and Tony were married at Burgh Island in May 2001 and loved the place so much they bought it in October the same year. Since then the couple have turned the hotel and its environment into a thriving example of the English seaside at its glamorous best.

With its mix of authentic pre-war architecture, interiors and even lifestyle, Burgh Island has always attracted guests looking for something a little different. Dress code for dinner is black tie and pre-dinner cocktails in the art deco bar are de rigueur.

Burgh Island is a special place for Deborah and Tony and, when the time came to think of selling, the couple say they wanted to pass the island, the business and its staff into the right hands. 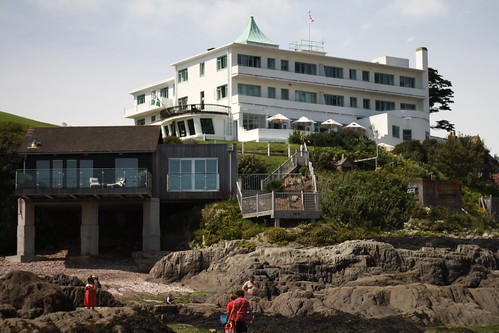 In a statement they said: “Passion had to be involved, of course, as did a real understanding of the peculiar pull on the heartstrings the place has, not just for the owners but for its staff and guests.

“Which is why ‘Project Archie’ won the bid to pick up those elegant art deco keys with the full support of Deborah, Tony and the talented team who make the Burgh experience unique.”

Post sale, Deborah and Tony aim to bring the passion they brought to Burgh Island to Southernhay House, the boutique townhouse, restaurant and bar they formulated, designed and opened in the centre of Exeter in 2011.

“Southernhay House is a different proposition”, says Tony. “At Burgh Island our desire was to restore the elegance and glamour of the 1930s, working with the all-important historic narrative and defining architecture of the place. It has been a fabulous story and we’re so proud of our achievements and our loyal staff.

“It’s been a significant journey, for us and for the key people we’ve worked with during our ownership. Our passion is to create business in beautiful buildings, making them pay for their upkeep and flourish.

“In Southernhay House we see a contemporary hub in a building that has been a social centre since the early 19th century.” 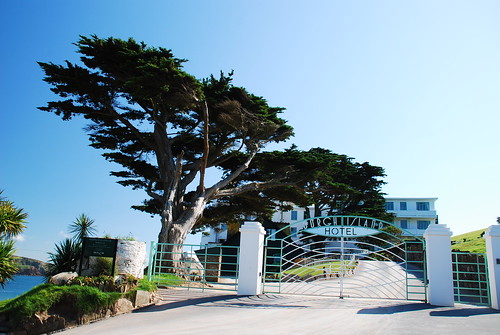 Deborah Clark says: “Businesses and buildings are like people. They need to keep evolving and adapting. We took the decision that we could either stay with Burgh for another 10 years and see this beautiful project into the next phase of its history, or sell responsibly.

“We chose to hand over the legacy of Burgh Island to a new custodian.”